What is a MAM System?

MAM or Media Asset Management, normally refers to a software-based system for managing, organizing, acquiring, ingesting and delivering media files. The more you know about your media, it’s “genealogy” and how it is consumed, the more intelligent and efficient your MAM can be.

At a very basic level, we can create a MAM simply using Windows Explorer or OSX finder by organizing media in logical folder structures and using file and folder naming patterns to present high level metadata. In this way you can search for files, get info on them move files between folders as and when states change. But of course, most of these features are manual and such a system does not really scale or allow multiple users to work on files simultaneously.

Nevertheless, many production houses, for example, still struggle with this simple kind of media management, although their business model and media file requirements have far outgrown the Windows and OSX native file handling features of a desktop computer.

With all this, the term Video MAM really, most of the time just refers to the definition of a MAM system.

So, let's take a look at some of the general descriptions of what a MAM system does. We mentioned some of the above.

The Processes of a MAM (Media Asset Management) Software 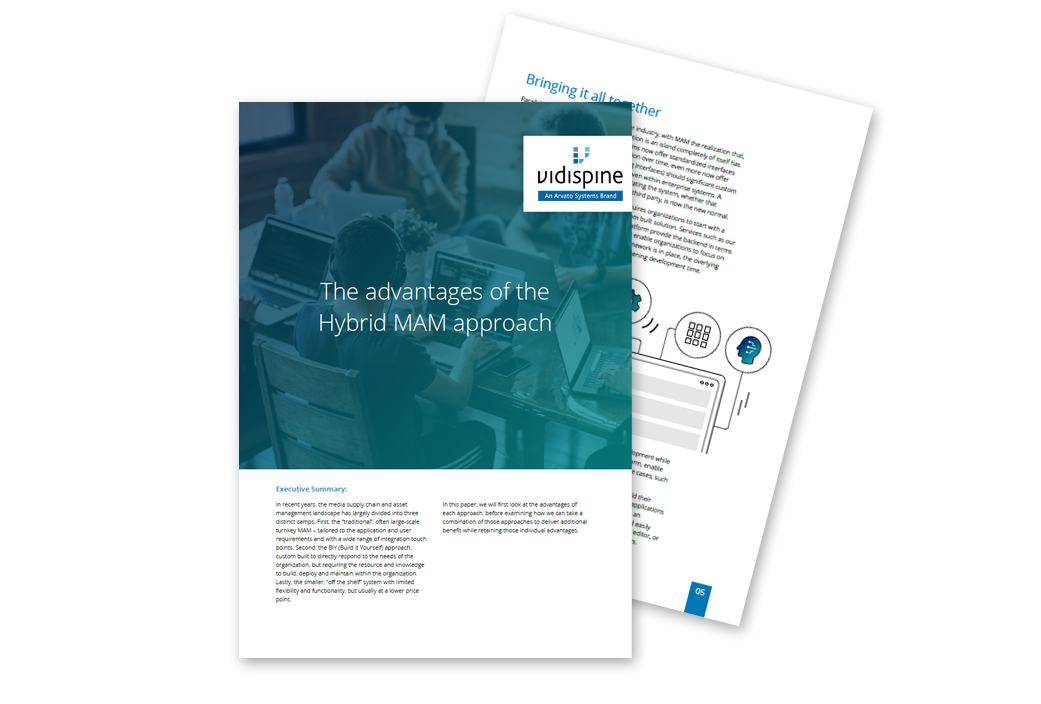 In this whitepaper, we will give you insights into different MAM approaches, their advantages, and how to choose the best MAM system based on your requirements.

It’s easy to get lost in the many acronyms being thrown around within the industry. You are more than likely familiar with at least one or two but might just have heard about the others. Understanding the difference between these asset management systems and picking the right one can make or break your content creation efforts:

A MAM system can provide significant efficiency gains on it’s own as a “standalone” system. However, connecting MAM to other areas of the content ecosystem can drive even greater ROI.

In fact, by connecting all these systems, we can start to build an accurate picture of the true value of each media asset and the actual ROI of the technology we implement.

At Vidispine, we have a broad portfolio that fully covers Media Asset Management, whether as a turnkey solution or “build it yourself” through APIs, as well as Rights Management and Scheduling – Avatega - and advertising technology in AdStore and AdOpt.

Together with our partners we are able to present solutions for complete content ecosystem, with many of those 3rd party applications and services available on, or coming soon to the VidiNet media services platform as a service.

VidiNet allows for trial and stage environments, enabling those wider ecosystem connections to be easily tested and integrated, as well provide cost estimations before executing any process. All this in a completely scalable environment.

Scale up or scale down depending on business model and market requirements from day to day. This way you make sure you only pay for what you need and use at any given time.

This is media asset management.

Whitepaper: The advantages of the Hybrid MAM approach

Learn about different MAM approaches, their advantages, and how to choose the best MAM system based on your requirements.

What is an API based Media Asset Management (MAM) solution and how can it dramatically simplify storage, organization & retrieval of media files?

VidiCore is a MAM solution and a developer interface allowing you to specify multiple generic and configurable metadata models in the same repository, capturing all information you need on any object in the database.

Your Contacts for MAM Systems