What is AWS Elemental MediaConvert and how can it be used from VidiNet, our cloud-based media service platform?

Contact us now
YOUR CONTACTS
What is AWS Transcoder?
AWS transcoder on VidiNet
Benefits
Amazon EC2
Why VidiNet?

What is AWS Transcoder?

AWS transcoder makes it possible to focus on creating interesting video content without having to worry about the complex and time-consuming task of operating and maintaining your own video processing infrastructure.

You will have access to the exact same features running AWS transcoder on the VidiNet platform, but with the added value of being a cloud-based service and natively integrated with the VidiCore API. 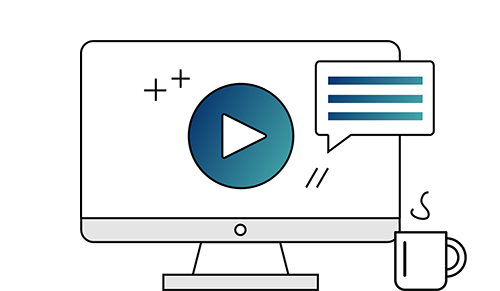 Benefits from integration with the VidiCore API

The first and foremost one is that you get access to a holistic and flexible solution for all your video transcoding needs. VidiNet allows you to transcode files within all cloud-storages such as Amazon, Azure and Google and are able to communicate with them independently of each other. In other words: everything you need to be gathered in one place.

We’ve introduced this feature because there’s a common notion that the pricing of a cloud-service can be quite difficult to understand since the price structure is hard to grasp. Using the VidiCore API on any VidiNet media service will simplify the price calculations by using the unique cost estimation feature in the VidiCore API, regardless if you need a price estimate for an encoding job or AWS Elemental MediaConvert job. By using the same factors as AWS Elemental MediaConvert including codec, resolution, frame rate and quality of output, we’re able to calculate the cost based on the target (output) preset.

Benefits from running on a cloud-native platform

Amazon Elastic Compute Cloud, also known as Amazon EC2, is a central part of Amazon’s cloud computing platform AWS, allowing you to rent virtual computers and run applications in the cloud. With that description in mind, is it any different from VidiNet?

On a surface level, there are no differences between them. They are the exact same cloud-based computing service where you hire Amazon’s/Vidispines’ software and hardware, allowing you to run different applications such as transcoding or encoding software in the cloud.

Why use VidiNet then?

The main difference, and the biggest reason to use VidiNet instead of Amazon EC2, lies in VidiNet’s flexibility. Amazon EC2 is limited to its own cloud, where VidiNet is not. VidiNet allows you to use services such as cloud-encoding and cloud-transcoding within different cloud storages, independent of each other.

We provide your business with a fully managed media supply chain, allowing you to adapt to the ever-changing needs of the media industry and business requirements.

Contact Vidispine today if you’ve got further questions about our AWS Elemental MediaConvert via VidiNet, or want to learn more about our other advanced systems for video and image management.

Let Us Help You Get Started

Let us help you get started with the AWS transcoder in VidiNet. Contact us to get a free demo or let us help you create a customized trial based on your needs. You can find the contact info below.

Covering all kinds of media processing and analysis, our range of media services offer a pre-integrated environment to support all types of media workflows. Featuring both our own services and those of our partners, Vidispine media services cover everything from transcoding to ad campaign optimization.

What is Video transcoding and how is it useful in your media workflow? Learn more in this article.

Your Contacts for the AWS transcoder