What is Video Transcoding?

To answer the question – what is video transcoding – we first need to understand a little bit about video lifecycles and compression.

When we generate or capture an image, we generate a huge amount of data. If we consider a High Definition (HD) picture, there are over 2 million pixels, and for each pixel we need to capture data on color and brightness. In the case of video, depending on the frame rate we are capturing up to 60 or more of these images per second.

The amount of data soon becomes unmanageable so we throw some of it, in fact eventually quite a lot of it, away by compressing it. At a high level, there are three levels of compression:

For example, you might want to adjust the picture to find details in the shadows or highlights. If you have shot your scenes using a codec that stores a lot of data, e.g. specifies a high bitrate, you will have the information available in your low and highlights for your creative decision how to adjust and present the video file.

A production facility will compensate for these higher bitrate requirements by using high performance storage and fast data networks between editing stations in order to provide the video data in real-time to the editors.

To make the material usable downstream, for example viewable on a web client, these master files need to be converted to use a different codec and/or more compression.

This conversion is called video transcoding.

Video transcoding happens many times in the video lifecycle and almost every device you consume video on requires a different codec or compression, resulting in many video transcoding processes. If done well, video transcoding has little impact on the perceived viewing quality. That amazing 4K HDR picture on your new TV from your favorite streaming service probably has a bit rate of around 12Mbps while an uncompressed 4K image can exceed 12Gbs – more than 1000 times more!

What are the types of file format used in Video Transcoding?

In this article, we focus on “file-based transcoding” – the process of taking one video file and converting it to create a second – but there are other types of transcoding, for example converting video streams.

Video formats can be broken down into 6 parts.

How video transcoding process is carried out?

The video transcoding process requires two main inputs. First, details of what the input file or format is and second, the full set of parameters for the output. Typically, the details of what the input file/format is are determined through performing an analysis of the media. The parameters for the output are typically determined by rules in the media supply chain system, or derived from metadata based variables in the workflow engine. From here, we create what is known as a pipe.

The pipe exists for all the persisting components in the media file – video, audio, ANC and metadata, splitting where needed between components. Through analysis of the file and instruction, the transcoder can configure the pipe at the start of the transcode, meaning that the processes involved can happen in a concatenated way, rather than sequentially, reducing the duration of the transcode process.

For simplicity, we’ll start with just one component, the video.

The first step is to demux the input. This means to extract the compressed video data from the packaging and/or wrapper.

The second step is to decode the video – decompressing it back to, or as close as possible, the uncompressed original frames.

During a video transcode process, there are a number of processes that can, or need to be applied to the video. These include things like scaling, if the size of the output is different from input, de-interlacing or interlacing, if we’re going from a progressive “P” picture to interlaced “I” or vice-versa, and in advanced transcoders may include more advanced image processing that changes elements of the picture to improve the perceived results of the video encode process.

Taking the video and encoding it with the required destination codec.

Packing the video into the wrapper and or packaging and, where needed, combining it with the other components.

Video transcoding: the next big thing?

There are two key drivers that drive changes in video transcoding. The first is how the transcoders are implemented and operated, the second is the codecs used in the transcode process.

Looking at the first of these, one thing that is certainly on the rise is Cloud Transcoding. There’s now a wide range of transcoders available on-demand in the cloud. However, many of these services are aimed at different parts of the video lifecycle and can be difficult to use together or in an automated way. That’s where a cloud-based media services platform comes in, making different services available on demand, but enabling you to drive this with metadata based rules and integrated automation.

With regards to codecs, the latest buzz in the industry is the successor to HEVC called H266 or VVC for Versatile Video Codec ISO/IEC 23090-3. VVC was developed by the Joint Video Experts Team (JVET) with significant contributions from Fraunhofer HHI’s Video Coding and Analytics department.

The new technology and complexity will require significantly more processing power in the transcoder workflow and on the player side. Here is where availability of hardware decoders becomes very important.

Video transcoding is a critical stage and many points in the media supply chain. Video transcoders can also provide an overwhelming array of formats, options and parameters that can easily introduce errors into the workflow. Fortunately, it is possible to easily add the right transcoder for the task in question to a workflow when using a media services platform, ensuring the best quality throughout the video lifecycle and eliminating accidental errors.

VidiNet enables on demand access to a growing number of transcode services, including our own VidiCoder and services using AWS Elemental MediaConvert and Bitmovin technology. VidiNet users can always choose the right video transcoder for the task and switch between services since they are all made available through a single interface and the same API. 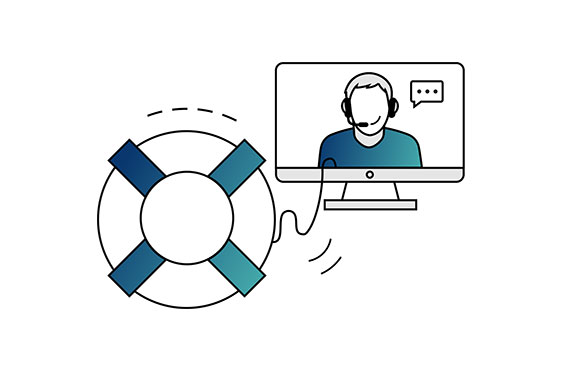 Let us help you get started with video transcoding in VidiNet. Contact us to get a free demo or let us help you create a customized trial based on your needs.

Your Contacts for Video Transcoding